One of Taiwan’s most striking features are the mountains that run through the center of the island. In fact, the Central Mountain Range is almost impassable at certain times of the year. One of the tallest mountains is Yushan or Jade Mountain, which rises 3,952 metres (12,966 ft) above sea-level.  This makes it the highest mountain in Taiwan and one of the more challenging ones to climb. Prospective climbers need a permit, equipment for two days, and incredible stamina to tackle it so that one will not be the subject of my story today, or probably ever.

In all honesty, I wouldn’t have had the experience of climbing Dong Mao Shan except that I was trying to beat a serious case of jet lag after my trip to the US for the summer.

That and my friends were very vague about their plan to “go hiking.”

I had been hearing about the amazing hiking trails and mountain views people could enjoy nearby. Also, being that Taichung is in close proximity to the mighty Central Mountains, they are visible from many parts of the city. When the pollution isn’t so bad, it makes going to work very, very difficult. 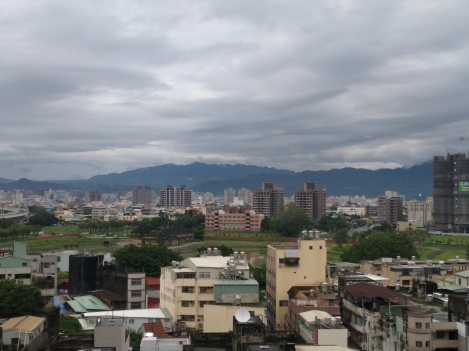 view the balcony in Nantun District 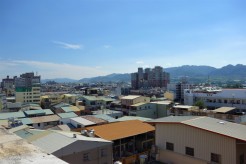 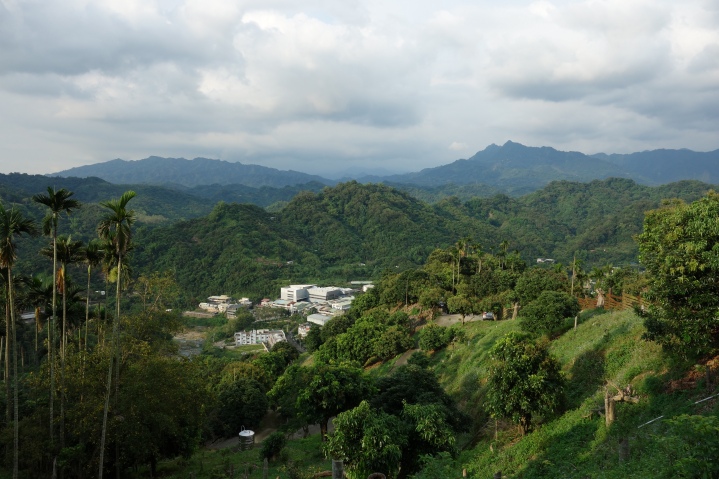 view from house in Taiping District

One area that is especially favored by locals and tourists alike is Guguan. The Guguan Hot Springs were discovered around 1927 by local Aboriginals during the period of  Japanese occupation. It was turned into a public bath and became a popular destination until a combination of earthquakes, typhoons, and poor management made it difficult to reach. Nowadays, Guguan is still a very popular spot for people to visit. However, visitors  aren’t only going for the hot springs, but also for the Guguan Seven Heroes, a group of mountains located in or near the Guguan area.

Dong Mao Shan is known as one of the easier mountains to climb with a lot of switchbacks and not as much vertical ascent. The peak has an incredible view of the surrounding valley and mountains, as well as the famous DaXue Shan, which means DaXue Mountain if you haven’t been paying attention. The trailhead is close to the DaDao Yuan Monastery bus stop. If you’re driving a car you can park at the monastery and find the trail towards the back of the parking lot.

And so it begins! As you can see, most of the hike up is flat with a steady upward trail that zig-zags back and forth toward the top. It’s not necessarily strenuous, but you WILL feel the burn.

The first view of the surrounding mountains!

A break at the halfway point and a discussion of whether we should try for the peak. Of course, we voted “Yes.”

Taiwan is a sub-tropical country that sits right on the Tropic of Cancer, but has high mountain altitudes so some of the local flora is a bit strange. 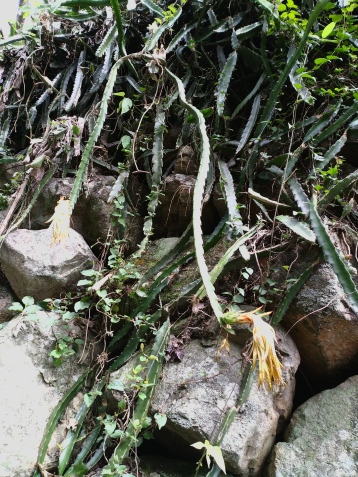 Continuing up into the clouds and a few scary drops…

an amazing view and a dangerous drop

don’t get too close

As we reach approach the last 30 – 45 minutes of the hike the trail starts to get rockier and a bit harder on the feet. It’s especially more difficult when you are wearing tennis shoes instead of proper hiking shoes. 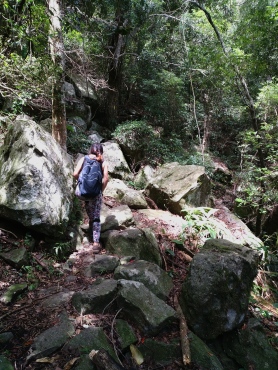 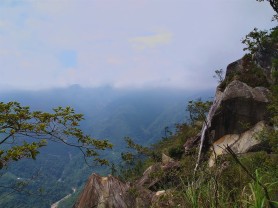 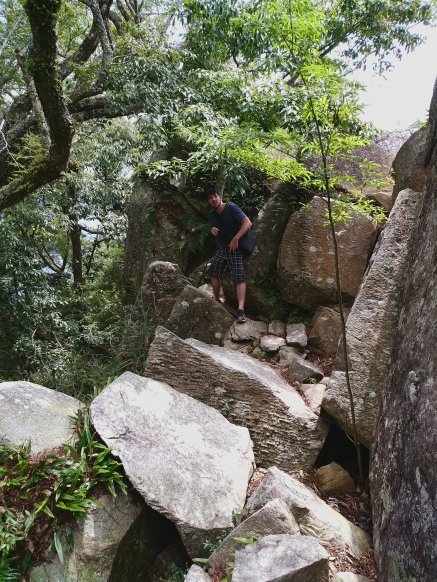 As we approached the last stretch, it was all out scrabbling over a few rock piles and even a section of rope climbing. Gloves might be helpful, but are not necessary. 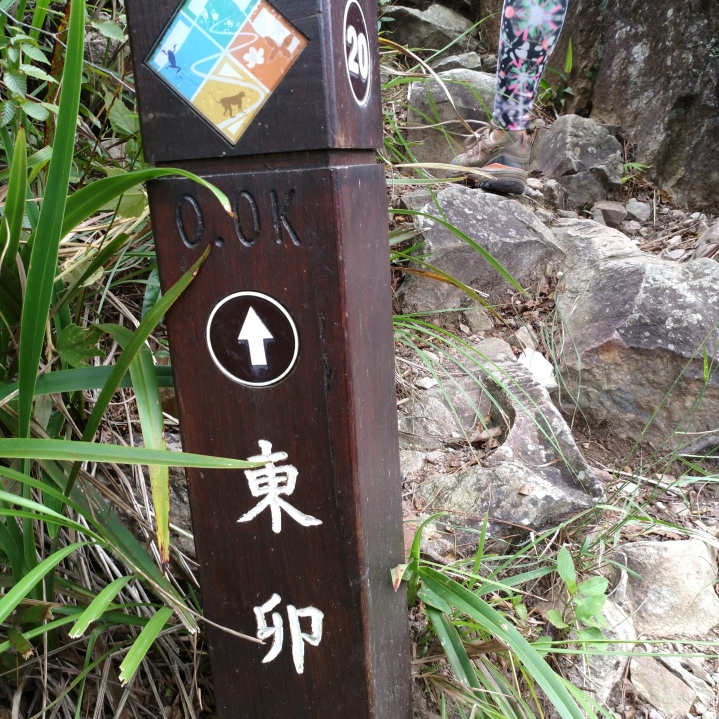 the marker for the summit, at the base of a rock pile 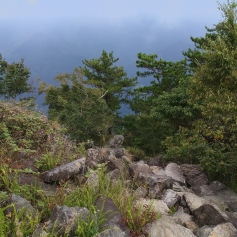 Finally, the peak! Dong Mao Shan has one of the more impressive views of the Guguan Seven. It’s also wide open with a lot of flat space so it’s a popular spot for hikers to relax and even cook some food if you’re into Extreme. Mountain. Hot pot. 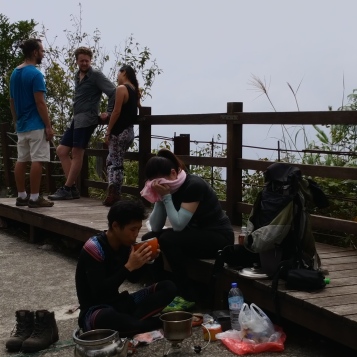 Unfortunately, we were a little late and didn’t get to see as clear of a view as promised, but it was still awe inspiring. Here is a side by side comparison.

how the view is supposed to look

trees in the mist

Even so, it was an enjoyable hike, which I didn’t realize at the time due to exhaustion. I would come to realize just how much fun Dong Mao Shan was after making my second hike up another (steeper) Guguan Seven Hero a few months later.